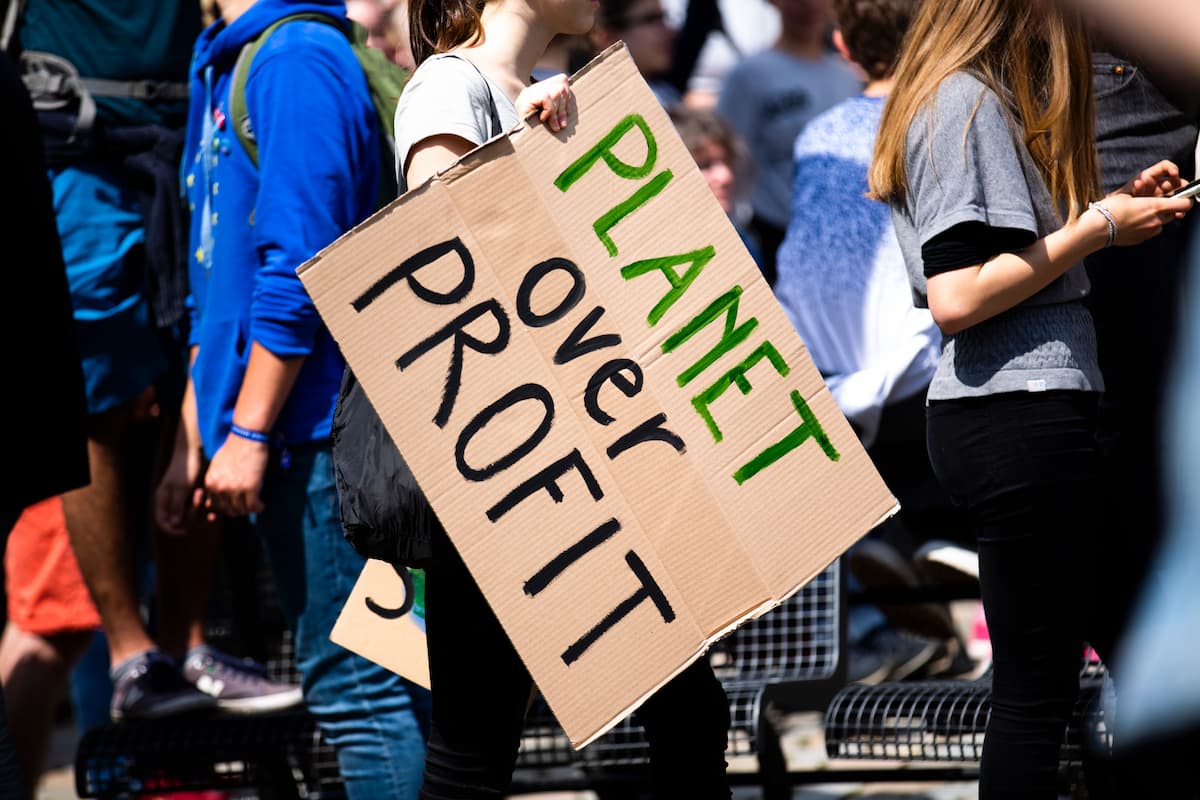 Fridays for Future, a youth climate organization, held its eighth global climate strike just two days before the German federal election, calling for a quick transition to carbon neutrality. Hundreds of German towns and cities held protests, with protesters urging that all parties adopt socially equitable climate policies in accordance with the goal of limiting global warming to 1.5 degrees Celsius. Greta Thunberg, a Swedish activist who launched the climate strikes in 2018, attended the protest in Berlin, where tens of thousands of people gathered in front of the national parliament.

On Friday, September 24, youth climate activists from the Fridays for Future (FfF) movement took to the streets throughout the world for their eighth worldwide climate strike. The focus in Germany, where the organization planned rallies in over 470 places throughout the country only two days before the federal election on September 26, was on pressuring political parties to commit to a quick transition to climate neutrality.

“We’re here to effect change in politics, to make sure that measures are eventually put in place to meet the 1.5-degree objective,” Clara, 18, told Clean Energy Wire during the Berlin demonstration, with her friends Emiel (13) and Vanessa (17). Thousands of demonstrators gathered in front of Germany’s Bundestag, waving placards that read “burn capitalism, not the earth,” “raise your voice, not the sea level,” and “listen to the experts.” Over 20,000 people have registered to join the demonstration in the capital, according to the police, says Berliner Morgenpost. Clara, a first-time voter, is dissatisfied with the current party platforms. She said that while most parties advocate for 1.5-degree climate action, they do not take the required steps to achieve it. Nonetheless, she believes it is vital to use her right to vote, and she intends to vote for the Greens on Sunday.

In a news release, spokesperson Maia Stimming stated, “The previous several months have demonstrated how dishonestly the parties are campaigning on the climate issue without even beginning to support appropriate steps to address it.” “No coalition will keep to the 1.5°C limit after the election unless we put enormous pressure on them on the streets.” Fridays for Future calls for Germany to achieve climate neutrality by 2035, 10 years sooner than presently planned, and phase out coal-fired power generation by 2030, rather than 2038, in order to reduce global warming to 1.5°C, the lowest limit set in the Paris Agreement in 2015.

Milo, Merlin, and Florian, three 12-year-old pals, have also joined the demand for stronger climate action. “It will be too late if we start [climate mitigation measures] in ten years,” Merlin added. Because kids are too young to vote, they have discussed with their parents which parties have the best climate policy: “I believe the Greens and the SPD are solid alternatives for climate protection.”

“Vote for the climate, because we can’t do it,” says a cardboard placard carried to the rally by Nora, a 15-year-old girl. The adolescent told Clean Energy Wire that she is concerned about climate change. “It’s not just that I’m helpless; it’s that I’m powerless.” There isn’t much you can do as a minor.” This is why she has pushed people to vote for the Green Party, including her parents. “It’s a decent start,” she remarked, adding that they are far from flawless. According to a new worldwide poll, young people all around the world are anxious about the climate catastrophe and government inactivity on the matter.

On Twitter, SPD Chancellor candidate Olaf Scholz showed his support for the climate strike, stating he appreciates Fridays for Future’s dedication to the environment. “They have aided in putting climate protection at the forefront of the discussion,” he said, adding, “Climate policy is one of the key topics to be resolved in this election!” “We don’t want to ruin the good atmosphere,” Fridays for Future Germany said, “but we are striking YOUR government today, Olaf.”

Meanwhile, Green Party candidate for chancellor Annalena Baerbock took part in the Cologne Fridays for Future rally. “The election on Sunday is a climate election,” she said on Twitter, adding that protestors are expressing their desire for “a fresh beginning because they realize that the future of all of us is at risk.” In light of the demonstrations, CDU/CSU Chancellor candidate Armin Laschet vowed increased speed in climate action. He stated on Instagram, “The objective is to achieve climate neutrality worldwide as fast as feasible.” “We in Germany must demonstrate that we are the quickest, best, and most technologically advanced in converting our whole economy to carbon neutrality.”

A vote on climate change

Greta Thunberg, who launched the climate strikes in Sweden in 2018 and has encouraged young people all around the world to do the same, joined protestors in Berlin. According to police estimates, more than 20,000 people have registered for the rally in front of the German Bundestag. “There is a lot at risk in Germany,” Thunberg said in a joint interview with German FfF leader Luisa Neubauer in the daily Der Tagesspiegel. “Remember, Germany has traditionally been the country with the fourth greatest CO2 emissions, making it one of the world’s worst climate sinners,” the 18-year-old continued. The two campaigners accuse Germany’s major parties of failing to tackle climate change as a whole. “Chancellor Merkel has never gone out on a limb for climate change,” Neubauer said, slamming Merkel, who is stepping down after 16 years in office.

Climate policy has never played such a major part in a German election campaign as it will in 2021. With the exception of the climate-denying AfD, Germany’s major parties have stated their commitment to the Paris Agreement’s aims and have proposed proposals to speed the transition to sustainable energy. According to recent polls, climate change is one of the top three worries for German voters, along with issues of socioeconomic injustice and the coronavirus epidemic.

See also  Despite the energy crisis, the Poland conflict is poised to take center stage at the EU meeting

Fridays for Future’s Neubauer credits this, at least in part, to the climate movement’s effect, which in 2018 and 2019 drew large crowds of young people to the streets. “Most of the political parties that currently promote climate preservation on their election posters would not have done so two years ago.” So we see where we have taken politics as a climate movement,” the 25-year-old student told Der Tagesspiegel. “Over the next four years, we’ll do all we can to force them to keep the commitments they’re making today.”

Since the school strikes for climate began three years ago, the Fridays for Future movement has become an important component of the public discussion in Germany on climate change. Germany’s top court recently decided that the government’s climate legislation was insufficient and infringed the liberties of younger people by dumping substantial emission reduction obligations onto future generations. A few weeks later, the decision resulted in increased national climate objectives.

German voters will go to the polls on September 26 to pick a new national government and a successor to outgoing chancellor Angela Merkel, who has led Europe’s largest economy for the last 16 years. Current polls show a close contest between the social democrats (SPD), who have approximately 25% of the vote, and the conservative union (CDU/CSU), who have around 21% of the vote. Greens (16%), Free Democrats (11%) and the far-right Alternative for Germany (AfD) are all in second place (11 percent ).