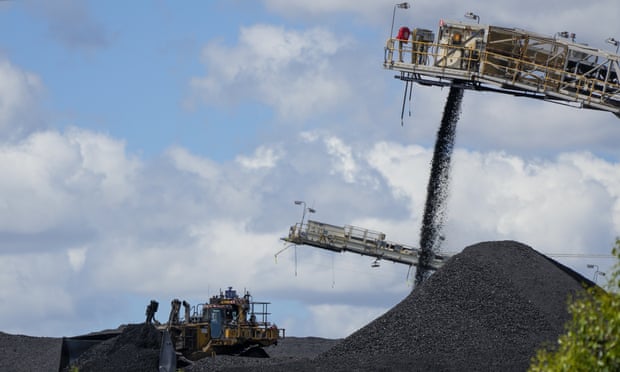 The country dropped four places on the greenhouse gas index and was the only one to receive a score of zero on policy.

In a report presented at the global climate conference in Glasgow, the Australian government’s policy approach to the climate catastrophe was placed last out of 60 countries.

The Morrison administration was given an overall score of 54 among individual nations due to its lack of programs, high per capita greenhouse gas emissions, poor objectives, low levels of renewables, and high levels of energy usage.

Australia’s resources minister, Keith Pitt, indicated this week that the country will continue to generate as much coal as other countries will purchase.

Australia has declined to sign a promise to reduce emissions of the potent greenhouse gas methane, ignored demands to phase out coal, and refused to raise its 2030 ambitions on the sidelines of the Cop26 negotiations, instead promoting gas, carbon capture and storage, and hydrogen as answers.

Countries are ranked from “extremely high” to “very poor” on a scale of one to five. Because “no government is doing enough to avert disastrous climate change,” no country received a “very high” overall grade.

Denmark, Sweden, Norway, the United Kingdom, and Morocco are the top five performing nations overall. Kazakhstan is in the bottom five, followed by Saudi Arabia, Iran, Canada, and Taiwan.

The United States, the world’s second-largest emitter, rose six spots from last year’s ranking, but its reaction was graded “extremely low” overall and ranked 51st among individual nations. China, which is the world’s largest emitter, was ranked 33rd.

Overall, Australia fell four places on the index from last year, when it was ranked 50th, and it was the only country to receive a score of zero in the climate policy category, with only minor improvements in three other categories.

The study claims that “the country’s lack of desire and action has made its way to the world scene.”

“In the run-up to Cop26, Australia has lagged behind its friends, and its inactivity has even drawn public criticism.”

Australia’s greatest result was in the sector of renewable energy, when it just avoided receiving a “poor” overall grade.

While Australia’s usage of renewable energy is increasing, the research claims that the country has “failed to realize its potential [in renewables], and other countries have overtaken it.”

And that’s a wrap on my time in Glasgow at #COP26 . It was fantastic to meet with and hear from world and industry leaders. I was proud to present Australia’s impressive track record and innovation leading the way to net zero. #auspol pic.twitter.com/3nkyN0bhUb

The government’s goal to achieve net zero greenhouse gas emissions by 2050 and the announcement of a long-term emissions reduction strategy in October were factors in Australia’s ranking.

According to the article, “no new policies or intentions were disclosed in conjunction with this [October] statement.”

“If we want the whole world’s emissions to go down,” Prime Minister Scott Morrison told reporters in Glasgow, “we need to work on cutting the prices of technology.”

Last Monday, Australia’s emissions reduction minister, Angus Taylor, said he was happy to have represented the country and that the country’s strategy had sparked “enormous attention.”

“This is how we do things in Australia,” he explained.

Suzanne Harter, an Australian Conservation Foundation climate change and renewable energy activist, was one of seven experts that evaluated the climate policy area of the index, which looked at national and international policy performance.

“There is no true plan, legitimate interim objectives, or suitable funding,” she stated. There is no fossil fuel phase-out strategy, no carbon pricing, and the technology roadmap is based on technologies that do not yet exist.

“We don’t have a national renewable energy program, and we’re one of the last OECD nations to lack car efficiency regulations.”

“The same nations that are among the poorest climate performers are identical with the world’s top fossil fuel exporters and large fossil fuel users, such as the United States, Saudi Arabia, Russia, and Australia,” CAN’s Stephan Singer said.

“They also fall into the category of nations with the largest per capita energy consumption and CO2 emissions from fossil fuels, as well as much poorer renewable energy and energy efficiency accomplishments.”

The Morrison government announced an electric vehicle policy on Tuesday that focused on expanding the number of charging stations while ignoring industry pleas for subsidies, tax exemptions, and objectives to promote better range and EV adoption.