Are oil and gas companies committed to the shift to renewable energy? This is what the evidence indicates 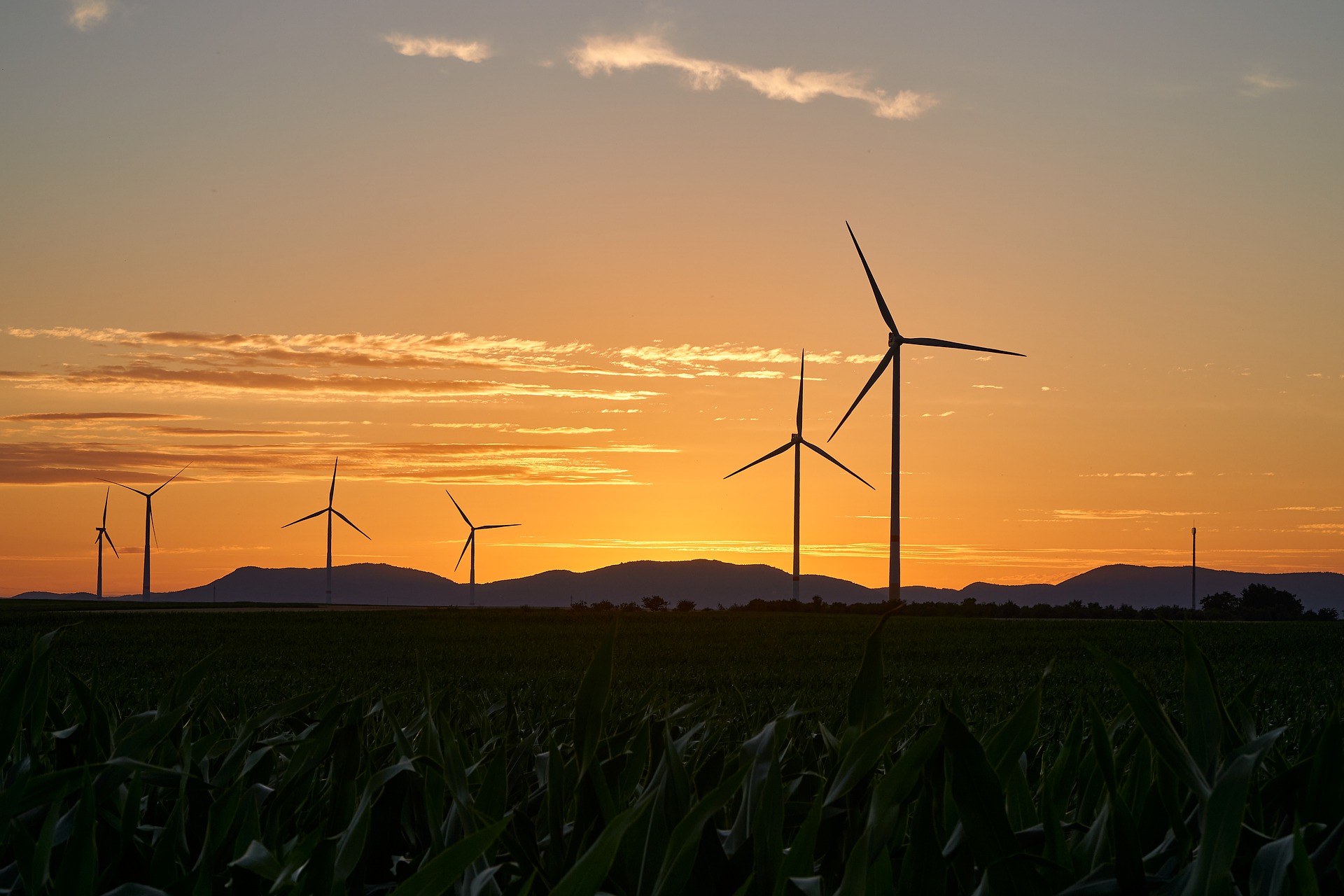 Home » Are oil and gas companies committed to the shift to renewable energy? This is what the evidence indicates

There is a certain level of cautious optimism when it comes to oil and gas firms’ energy shift. When Shell was compelled by a Dutch court to increase its climate activity, or when ExxonMobil and Chevron went head-to-head with climate activist shareholders, many campaigners rejoiced. In the middle of all the chatter about inactivity, the encouraging news strengthens the idea that, while there is evident inertia, a long-term transformation appears to be beginning.

The hopeful argument goes like this: fossil fuel companies are under growing pressure to identify themselves as genuine energy transition partners. Protests by citizens in numerous countries demonstrate that public opinion is fast shifting against polluting energy sources. To reduce the danger of stranded assets, both public and private investors are taking money out of fossil fuel corporations. Furthermore, renewable energy is currently less expensive than both existing and new fossil-fuel-based power. So, if a fossil fuel corporation wants to survive, a shift to renewable energy seems like a sensible next step, right?

It appears to be the case. Let’s take a look at how oil and gas firms are reacting to these new developments. Many companies have updated their names and logos to reflect the fact that energy transition is now a top focus. They’re also making headlines for making public vows to lower their emissions. Some are even aiming for net zero! Even if one is hesitant to accept these claims at face value, consider how many businesses have invested in renewable energy. The majority of oil and gas firms have either bought renewable energy, constructed renewable capacity, acquired renewable energy enterprises, or started their own renewable energy businesses. Some firms, including Repsol, Shell, and TotalEnergies, even tie executive pay to emissions reduction goals. Isn’t this all pointing to a good trend?

To begin with, the idea that oil and gas corporations are under a lot of pressure to change is incorrect

BP renamed itself from “British Petroleum” to “Beyond Petroleum” ten years ago to indicate how serious it was about the energy transition. This sparked a trend among a slew of other corporations, resulting in a decade of name changes, emissions reduction targets, and general discourse of transforming the oil and gas industries.

The rare case of Orsted (formerly Danish Oil and Natural Gas) exemplifies what happens when an oil and gas business moves beyond rebranding to become a major participant in renewable energy, primarily offshore wind. The majority of other businesses, on the other hand, appear to be content to defer their emissions reduction commitments for as long as feasible.

According to the Renewables 2021 Global Status Report (GSR 2021), the proportion of fossil fuels in global energy consumption has scarcely changed over the last decade. 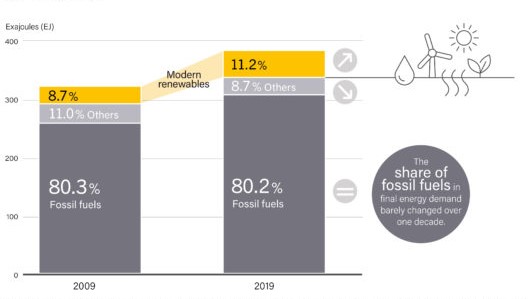 This begs the question of how much pressure these corporations are under to modify their business practices. When residents become worried about climate change or turn to the streets to oppose pipelines, the oil and gas industry’s social license to operate is jeopardized. Similarly, it is bad for business when institutional investors and credit rating agencies withdraw their support for oil and gas. A creative public relations plan in response, on the other hand, may go a long way toward gaining goodwill. Furthermore, the oil and gas business receives significant government backing, which helps to cushion the shock.

According to GSR 2021, fossil fuel subsidies were approximately USD 500 billion in 2019, compared to slightly over USD 300 billion in renewable energy investment in 2020. International trade treaties like the Energy Charter Treaty support the fossil fuel industry at the expense of renewable energy, and the status quo is readily maintained because numerous oil and gas businesses are members of industry organisations that advocate against climate action. All of this adds up to a lack of motivation to make the switch.

Targets are perplexing, and their worth is debatable

The wave of oil and gas corporations committing to net zero emissions by 2050 may sound optimistic, but it appears to be merely another type of greenwashing. BP, Eni, Equinor, Repsol, Shell, and TotalEnergies had all established net-zero emission commitments for 2050 by the end of 2020. However, the lack of a standardized definition for a net-zero goal results in significant disparities in coverage and ambition.

See also  'It seems like I'm sleeping outside,' says the energy bill

BP, Eni, and Equinor, for example, have committed to absolute reductions in emissions, whilst Repsol, Shell, and TotalEnergies are aiming to reduce emission intensities. Intensity-based objectives refer to the quantity of emissions per unit of energy, therefore they may be met simply by raising the percentage of low-carbon output rather than cutting fossil-fuel production. Even if a corporation meets its intensity-based emissions objective, it does not always imply that its emissions have decreased in absolute terms.

Half-measures for reducing emissions are inevitable when such objectives are set. Chevron, ExxonMobil, and Shell, for example, have begun procuring renewable electricity to power their oil and gas activities by negotiating long-term PPAs with renewable energy providers. This reduces their emission intensities but may not have a significant influence on their absolute emissions. Shell, however, announced in early 2021 that it had spent significantly more money on oil and gas exploration and production than on renewables. In contrast, BP, which has an absolute emission reduction objective, declared in 2020 that it plans to cut oil and gas output by 40% by 2030 from current levels.

We don’t know how much oil and gas companies are investing in renewable energy, but we do know it’s a pittance

Most oil and gas firms that have net zero aims also have clear and straightforward renewable energy targets, where there is less room for jargon. For example, BP wants to add 50 GW of renewable generating capacity by 2030, TotalEnergies expects to install 35 GW by 2025, Eni and Repsol both plan to install 15 GW by 2030, while Equinor plans to install 12-16 GW by 2035. Even the most ambitious of such goals, however, are meaningless unless these businesses actually put money on the table. 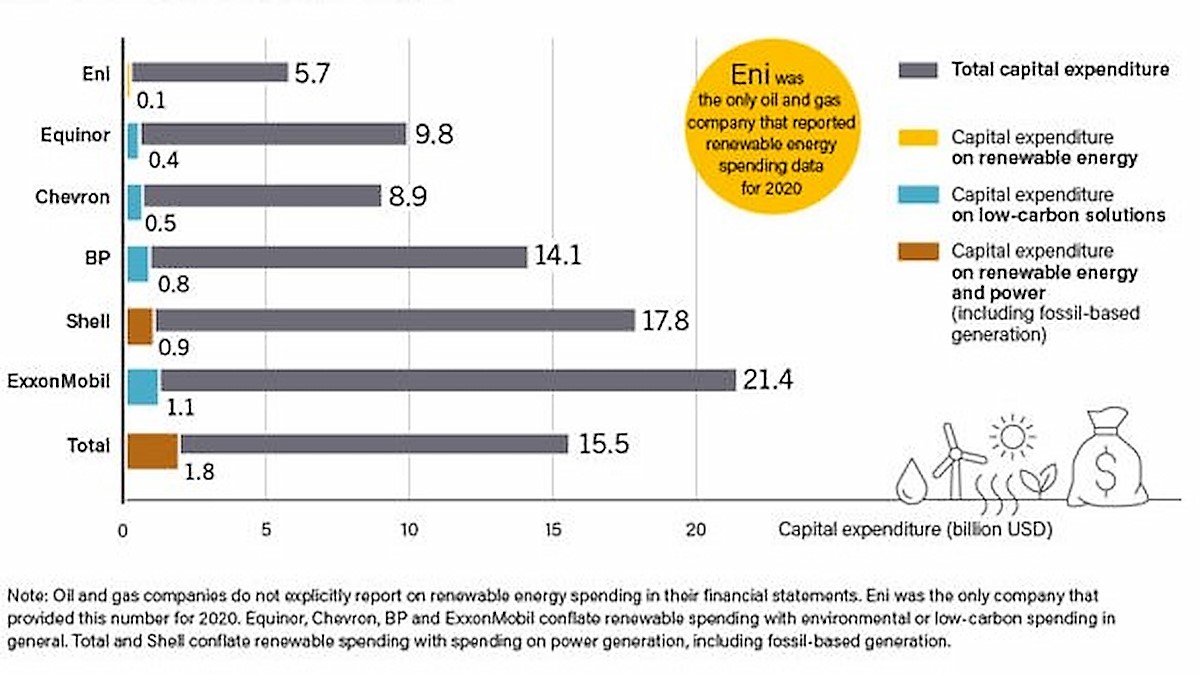 During the COVID-19 epidemic, government support for fossil fuels grew

During the years 2020 and 2021, the COVID-19 epidemic had a huge influence on energy consumption and the renewable energy transition. Nonetheless, rather than investing in renewables, governments are putting COVID-19 recovery monies into the suffering fossil fuel industry, creating in carbon lock-ins. In fact, fossil fuels received six times more COVID-19 recovery money in 2020 than renewables. Despite the clear and urgent need for action, there is a complicated web of interactions between governments, corporations, and technology that has resulted in relatively little action on the energy transition. To put it another way, government activities aren’t putting any pressure on businesses to undertake a comprehensive energy shift.

Obviously, a number of things would have to happen for this shift to occur. Government subsidies for fossil fuels must be phased out. Absolute emission reduction goals must become the standard. Oil and gas corporations must reallocate considerable cash to close the renewable energy investment gap, particularly in areas like geothermal energy and offshore wind power, where technical talent transfer is possible. It will be tough to remain optimistic about their transformation until then.

The fascination of Pi (π): From Babylonia to Pi-technology

The future of the Pi-Car has begun, Brandenburg in Germany is part of it