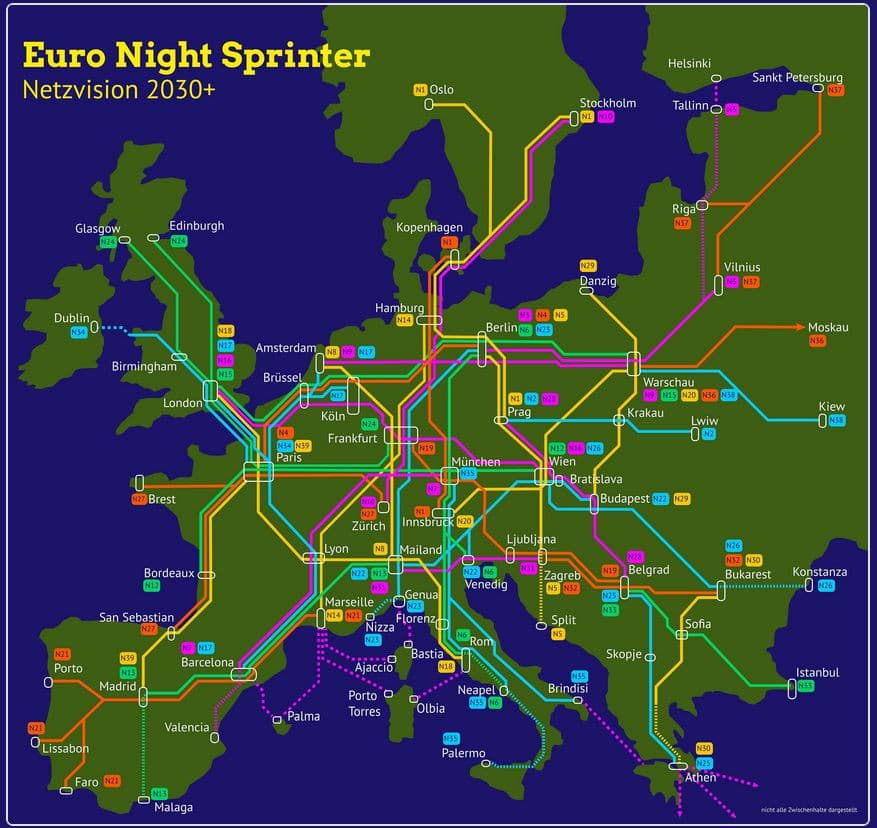 A group of German Green Party lawmakers has proposed expanding rail services in Europe, particularly night trains, to reduce the number of short-haul flights in Europe. The proposed night rail network would link key European cities and vacation spots that are now popular destinations for internal flights. The Green Party claims that in the future, even islands in the Mediterranean Sea, such as Majorca, would be easily accessible by rail and ferry. This year, the federal transport ministry also proposed a plan to improve European train traffic.

“However, for the time being, the number of accessible connections is limited,” writes Jurik Caspar Iser for Zeit Online. According to Iser, 69 percent of respondents in Germany, Poland, France, Spain, and the Netherlands indicated they would utilize night train services in a poll commissioned by NGO Germanwatch. However, due to the delayed modernization of the rail infrastructure and rivalry with freight transport, night trains are frequently slower than day trains. Furthermore, due to the hefty rail costs that railway operators must pay, night train connections are not financially viable.

One of the widely contested themes of the campaign before the election on September 26 is a ban on inexpensive short-distance flights and other methods to reduce emissions from the transportation industry.

Investment in Singapore's microgrid technology has been secured