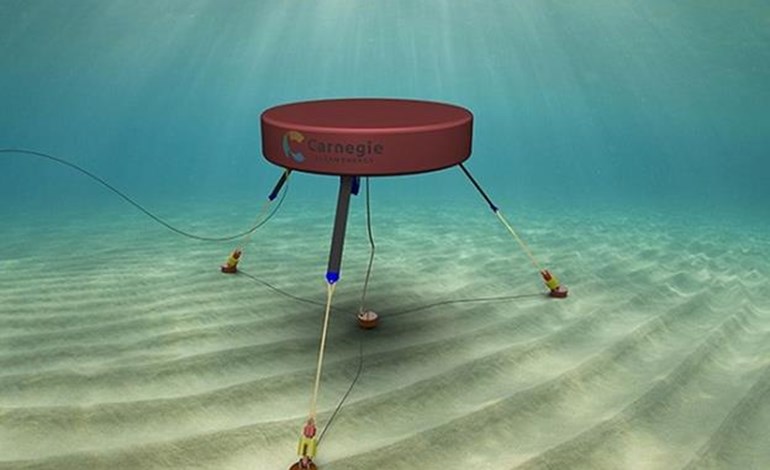 A contract has been awarded to an Irish subsidiary under the EuropeWave Pre-Commercial Procurement initiative.

CETO Wave Energy Ireland, a wholly-owned subsidiary of Carnegie Clean Energy, has been chosen for a contract under the EuropeWave Pre-Commercial Procurement (PCP) initiative.

After fulfilling the selection criteria, which included the performance, survivability, availability, and affordability features of the proposed systems, CETO Wave Energy Ireland Limited was chosen with six other businesses to implement phase one of the program.

The company will be paid €291,000 to complete phase one activities such as tank testing and delivering a CETO concept design for deployment at the open-water facilities of the Biscay Marine Energy Platform (BiMEP) in the Basque Country and the European Marine Energy Centre (EMEC) in Scotland in phase three, subject to contracts being signed.

Phase one will begin on January 3, 2022, and will last for seven months.

Carnegie will keep shareholders updated on its progress throughout 2022, with the final deal anticipated to be inked this month.

EuropeWave PCP is a stage-gate initiative that aims to get potential wave energy converter systems to the point where they may be developed further and commercialized with the help of other national/regional programs and/or private funding.

“We are really thrilled that our CETO technology was picked as one of the potential ideas to be pushed through the exciting and innovative EuropeWave PCP Programme,” stated Carnegie CEO Jonathan Fievez.

“The EuropeWave Buyers Group is a valuable strategic partner.”

“Winning this contract provides a significant third-party validation of the technology we’ve built, and it will help us build a solid foundation for future commercial project investments.”

“We are happy to be a part of the EuropeWave PCP program, which will show prospective investors the abundance of new prospects growing within the wave energy industry, and we are excited to exhibit the technical and commercial potential of our CETO technology.”

“Programs like these demonstrate the importance and potential of wave energy in driving worldwide decarbonization efforts.

“Wave energy is gaining pace and will be a good addition to existing renewables like wind and solar.”

“Harnessing the potential of our huge seas is a critical step in our transition to sustainable renewable energy and, as soon as feasible, net zero emissions.”

The CETO design that will be given is based on Carnegie’s Digital Development Pathway and is in line with the organization’s intentions to advance and validate previous technological breakthroughs.

During phase one, the tank tasking campaign in the Cantabria Coastal and Ocean Basin in Spain will test the performance benefits achieved by Carnegie’s new sophisticated controllers, which have previously been proved through simulations.

The innovations provided in the Digital Development Pathway and EuropeWave PCP stages one and two would be exhibited and verified by a CETO prototype deployment at EMEC or BiMEP in phase three if successful in succeeding phases.

The intellectual property, the findings, and any physical models, prototypes, or other test items developed during the PCP shall remain the property of each enterprise participant.

In the fight against climate change, there is a "300GW hydro black hole."

Moray West onshore substation will be supplied by Siemens Energy