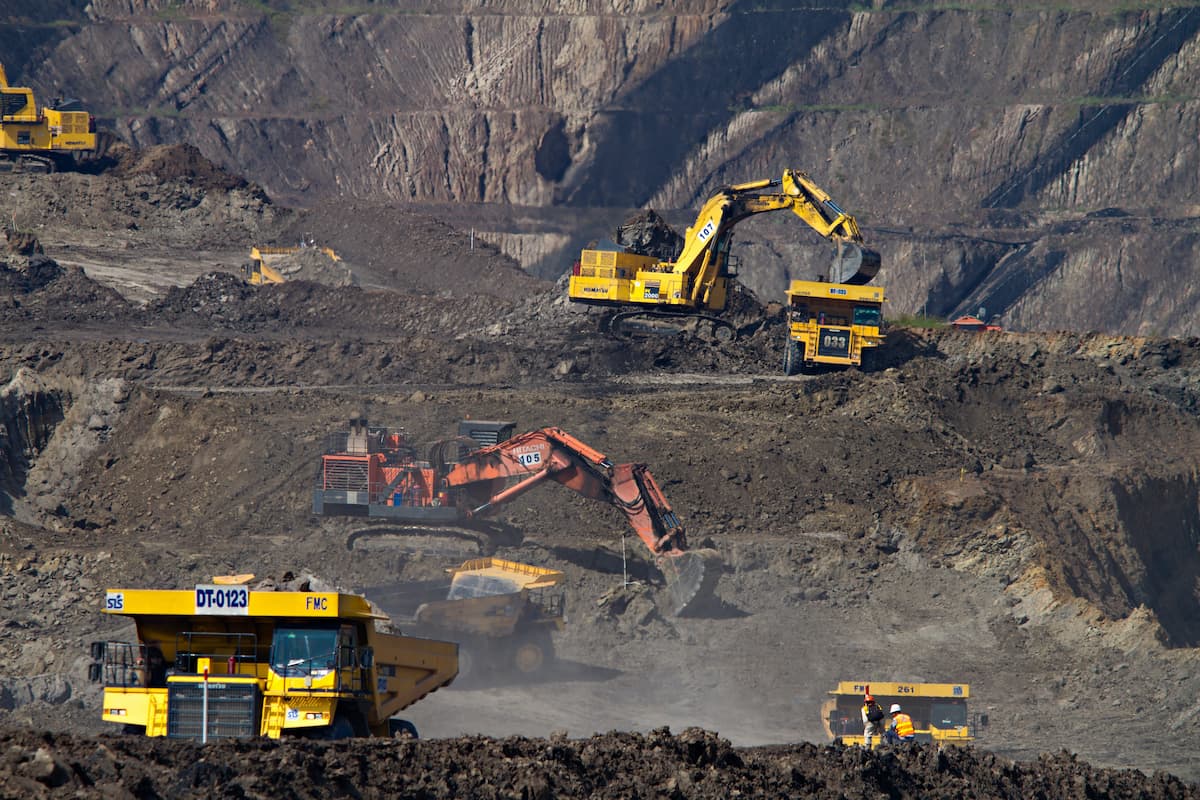 According to think tanks Agora Energiewende and Institute for Applied Ecology, the EU’s proposed new climate and energy legislation will effectively push Germany’s coal phase-out date to 2030, and rising prices in the Emissions Trading System (ETS) will make coal unprofitable in most of Europe as a result. Uncertainty exists as to whether Germany will be required to achieve greater reductions in greenhouse gas emissions by 2030 than those specified in the recently revised Climate Action Law. According to Agora Energiewende’s deputy director, the European Commission’s “Fit for 55” package also means that the transformation of industry toward climate-friendly technologies must begin in earnest well before 2030, and that member states must supplement insufficient EU funding plans in order to make it happen.

According to think tanks Agora Energiewende and Institute for Applied Ecology, new proposals by the European Commission for more ambitious climate and energy policies are expected to compel Germany to accelerate climate action and effectively phase out coal usage by 2030.

“The proposed revision of the present ETS would push the German coal exit to 2030,” Frank Peter, deputy executive director of think tank Agora Energiewende, told Clean Energy Wire. “The German coal exit will be pushed to 2030.” “At the very least, CO2 pricing under the ETS will continue at their current levels, but they will most certainly rise to 80 euros per tonne.” As a result, coal will become unprofitable in the majority of European countries.”

With the recent amendment of Germany’s Climate Action Law, according to Charlotte Loreck, senior researcher at the Institute for Applied Ecology (ko Institut), the new energy industry sector objective (cutting emissions to 108 million tonnes of CO2 equivalent) left no place for coal emissions in any case. “The coal phase-out must be finished by 2030 in order to accomplish this target,” she told Clean Energy Wire.

Among the proposals in the “Fit for 55” package, which the European Commission is putting forward to get the bloc on track to meet its new 2030 target of reducing greenhouse gas emissions by 55 percent, are a new emissions trading system for transport and buildings, a sales ban on polluting cars starting in 2035, more ambitious renewables expansion plans, and a carbon border price on imported goods. It is anticipated that the final changes will be enacted after several years of arduous discussions between member states and the European Parliament, which began this week (14 July) and will continue for several years. The suggested reforms would have a significant impact on national policy as well as the daily lives of individuals throughout the European Union.

German legislators agreed in 2021 to tighten the Climate Action Law and to match it with new EU objectives, less than two years after it was initially put into effect, following a landmark decision by the country’s Constitutional Court. With the change, the government’s decision to push forward the target date for climate neutrality to 2045 to 2045 becomes legally enforceable, and stronger greenhouse gas reduction objectives are introduced along the way. It increased the aim for emissions reductions by 2030 from 55 percent to 65 percent.

Any change to Germany’s national climate targets, as well as its international commitments under the new EU plan, necessitates the revision of a plethora of assumptions and estimates in order to adjust the sector emission budgets and power consumption projections to the new targets.

One day before the European Commission announced the “Fit for 55” package, the German federal energy ministry released a revised assessment of the country’s electricity requirements through 2030, according to the Federal Energy Ministry. With more electric vehicles (14 million), more heat pumps (6 million), and more hydrogen (electrolyser) capacity, the Ministry of Energy boosted its power consumption projection by 13 percent when compared to prior statistics, the ministry stated.

New EU climate legislation may render Germany’s recent climate law reform obsolete within a few years, depending on how it is implemented. The climate objectives for the country are derived from the European Union’s aims for reducing greenhouse gas emission levels. The EU’s objectives are now regulated by the Union-wide Emissions Trading System, which governs the energy and manufacturing sectors, as well as by national goals of the effort sharing system, which govern the transportation, buildings, and agricultural sectors, among other things. Both systems would stay in place under the Commission’s current recommendations, but a reform and new tools would result in more ambitious goals.

According to the Commission’s proposal for member states’ contributions to the EU’s overall emission reduction objective, Germany is required to decrease emissions by 50 percent by 2030 in sectors other than those covered by the EU’s Emission Trading Scheme. The energy ministry’s new power consumption estimate, according to Andreas Graf (via Twitter), an analyst at Agora Energiewende, is “higher than the emissions reductions modelled in a recent study on how Germany could become climate-neutral,” which used very similar assumptions for e-cars and heat pumps as the energy ministry’s new power consumption estimate.

In Loreck’s opinion, the consequences on German policy will be determined by how precisely the emission reduction contributions will be allocated among the different member states, as determined by the Institute of Applied Ecology. For the time being, we believe that the German 65 percent objective for 2030 is quite consistent with the EU’s 55 percent target.

According to Peter from Agora, Germany may be required to do more. It is not yet apparent how the ETS and effort sharing plans would affect the German objectives, according to what is known at this time, he explained. The 65 percent reduction, which Germany just pledged to implement by 2030, is clearly at the lower end of the corridor, says the report. He went on to say that this just serves to highlight the need for Germany to implement more climate-related actions as soon as possible.

According to Peter, if Germany fails to meet the European Union’s climate objectives, it may be forced to purchase effort sharing allocations from European nations that exceed their targets – essentially paying for climate action in neighboring countries, which would be costly.

Since a result of the European Commission’s plans to modify the existing ETS, Peter believes that pressure will rise on Germany to ramp up climate-friendly business, as the energy industry alone will not be able to carry the anticipated emissions reductions.

‘The Fit for 55′ package makes it very clear that the transformation of the industry must be completed by 2030, and that this transition must include a broad adoption of new technology.’ The industrial sector must make a significant contribution to emissions reduction and need the appropriate regulatory framework in which to invest. It is necessary for member states to contribute since “the projected level of financial support through the EU is just too modest,” Peter explained.

German transportation is another industry that will almost certainly have to take action sooner than expected due to the current situation. Because of reduced mobility during the coronavirus-related lockdowns, it has been the most significant laggard when it comes to emission reduction in recent decades — CO2 output has remained virtually stagnant throughout, and the sector has only just achieved its 2020 climate target. “We had only anticipated additional emission reductions in the transportation sector by the end of this decade; however, in light of the proposals submitted by the European Commission, it is possible that the transport minister will be required to make contributions sooner than he had anticipated,” said Jochen Flasbarth, state secretary for the environment ministry, at a press conference on July 15. It was revealed this week that a rapid rise in e-car purchases was one of the reasons why the most recent e-car sales forecast was boosted from 7-10 to 14 million cars by 2030, according to the federal energy minister Peter Altmaier.

An other area in which Germany will need to take immediate action is agriculture and land use – not least in order to guarantee that those areas of the economy that may operate as carbon sinks do in fact do so.

According to Peter, “we will have to address the land use sector objectives since the new EU plans need it to be a more ambitious carbon sink than is presently intended in the German Climate Action Law.”

“No one should be under the impression that this is going to be simple. For example, Germany’s new climate law calls for net removals of -25 million tonnes (Mt) by 2030, which is 5 Mt less than the revised LULUCF (land use, land-use change, and forestry) proposals – and the country is “nowhere near on track” to meet that goal, according to Andreas Graf, who posted the information on his Twitter account.

Peter cautioned that, as a result of climate change consequences like as droughts, Europe’s forests are losing their effectiveness as carbon sinks. “At the moment, we simply do not have the appropriate policies in place in Germany to keep up with the degree of ambition in this area that exists at the European level.”

The influence of Fridays for Future on German climate policy