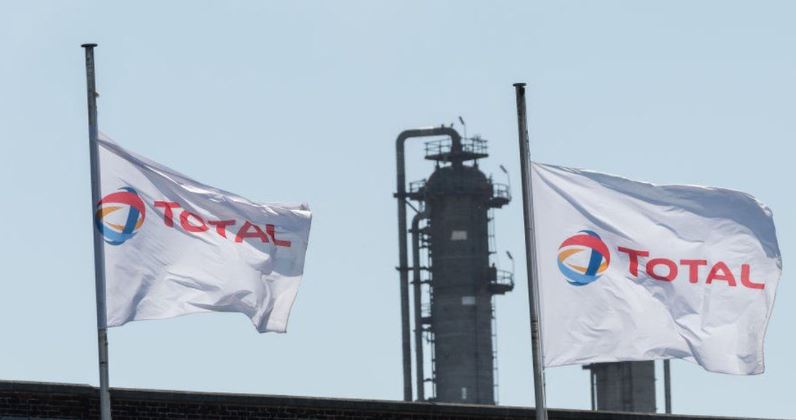 According to experts, TotalEnergies, a French oil corporation, understood about the relationship between burning fossil fuels and global warming at least 50 years ago.

Researchers discovered a reference to partial melting of ice caps in a 1971 article in the company’s magazine, Total Information.

It also foresaw an increase in carbon dioxide levels in the atmosphere.

The firm denied concealing climate danger and stated that it has been focusing on renewable energy since 2015.

Three historians conducted the study, which follows previous investigations on US oil major ExxonMobil and Royal Dutch, and it was published on Wednesday in the peer-reviewed journal Global Environment Change.

According to the researchers, a 1971 Total article cautioned that using fossil fuels had raised carbon dioxide levels in the atmosphere since the 19th century, and that this trend would continue if fuels were burnt at the current rate.

“Some believe that at least partial melting of the polar ice caps, which would almost likely result in considerable sea level rise, is not inconceivable. The “catastrophic repercussions” are simple to envision, according to the essay in Total Information.

Despite this, Total “began propagating skepticism on the scientific basis for global warming” in the late 1980s, going from “denial to delay,” according to the study.

“In the late 1990s, the firm finally decided on a posture of publicly recognizing climate science but advocating policy delay or measures unrelated to fossil fuel regulation,” according to the company.

Total rebranded as TotalEnergies in 2021

The oil company said that its understanding of climate risk was “no different” from what was published in scientific publications at the time, and that “the scientific research published today completely validates” that.

“It is thus incorrect to argue that Total hid the climate risk,” the statement stated.

“TotalEnergies deplores the approach of pointing the finger at a scenario that occurred 50 years ago while ignoring the efforts, reforms, advances, and investments made since then,” the company stated.

It also stated that it has been transitioning its activities to renewable energy since 2015.

However, 350.org, a climate change campaigning organization, denied this and accused the firm of greenwashing.

They have demanded that banks break links with the firm and that it be held accountable for allegedly stolen time.

Total “didn’t simply know about climate change, they executed a strategy of generating doubt around the climate catastrophe through lobbying,” according to Clémence Dubois of 350.org, who spoke to the BBC’s World Service.

“They have avoided any kind of control of their operations, and the main concern is that they have continued to produce fossil fuels on a vast scale,” she added.

“It’s a rogue industry,” she continued, “which is why we’re organizing to hold them accountable.”

Future forecasts are being ‘ignored.’

The finding “doesn’t surprise” Dan Lunt, a professor of climate science at the University of Bristol, according to the BBC.

“Several oil corporations have been utilizing climate model findings to actually help their oil exploration while disregarding the future forecasts from the same models – and this has been going on for decades,” he added.

Professor Lunt stated, “The only way we can accomplish the objectives that will rescue the most vulnerable people is to cease using fossil fuels, and that needs to start occurring soon.”

“The adjustments TotalEnergies claims to be making are insignificant in comparison to what is required to meet our 1.5-degree objective stated in the Paris accord,” he continued.

The evidence is “quite clear cut,” according to Professor Andy Shepherd, head of the Centre for Polar Observation and Modelling.

“Total can claim ignorance of the risks, but few people will believe them.”

“In fact, the essay was incredibly prophetic, forecasting that CO2 levels in the atmosphere will exceed 400 parts per million by 2010 – which was dead on,” he said.

Indeed, they were among the first to raise awareness of the effects of ice melting, and in another universe, they may be credited with this,” he added.

By 2050, the United Kingdom has pledged to reducing its greenhouse gas emissions to zero.

The government has set a goal of reducing emissions by 78 percent by 2035, compared to 1990 levels, as part of its pledge.

Boris Johnson had viable plans in place to deliver just roughly a quarter of this cut, according to a panel of experts who advise the government in June.

China's economy is slowing as a result of Covid, the oil crisis, and housing difficulties