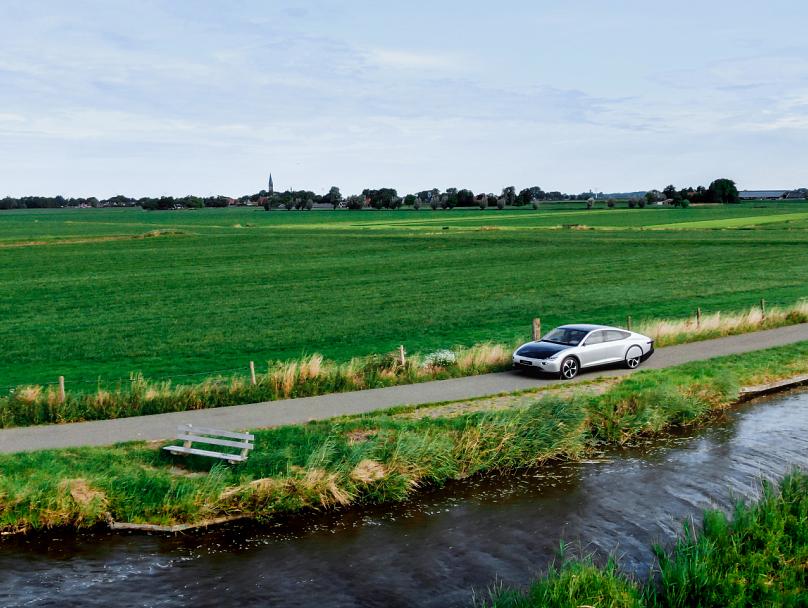 Consumers may refill their vehicles automatically, whether they are idle or on the road, using cars that operate on solar energy gathered from lightweight panels integrated into the vehicle’s roof.

This reduces the need of solar-powered vehicles on third-party infrastructure, such as charging stations, which are required for normal electric vehicles.

A revolution is underway

According to van Ham, obtaining energy from the sun will make mobility more affordable, efficient, and independent from the grid for longer periods of time, which is especially essential in areas where charging infrastructure is unavailable or prohibitively expensive.

When compared to other electric vehicles on the market today, Lightyear claims that this is a major distinction.

“I believe it is important for the energy transition that we are not restricted by what big businesses can put along the highways, but that it is truly a people-driven revolution,” van Ham told Euronews Next.

“We detach ourselves from infrastructure and other government objectives. We may accept it (the energy) on our own terms “..

But it’s not only the energy source that makes a difference; the design plays a role as well.

The Lightyear One, which is set to go into production in summer 2022, uses 83 watts per kilometer, which is two to three times less energy than any other electric vehicle on the road today.

On a single battery charge, the automobile can go up to 725 kilometers. In comparison, the average similar EV can go between 400 and 500 kilometers before requiring recharging.

The design idea of “maximum efficiency” lies at the foundation of Lightyear One’s ability to achieve these milestones.

For example, rearview mirrors have been replaced with cameras to reduce drag, the engine is housed within the four wheels to disperse weight and improve aerodynamics, and the paneled top is meant to absorb heat even when the car is partially in the shade.

Because of the efficiency principle, the solar car can go greater distances while using less energy, making it a realistic choice and EV rival.

According to van Ham, the democratization of mobility and manufacturing will result in customers utilizing different cars for different situations, such as shopping or vacationing, because mobility will be much more accessible and inexpensive in the future.

“Manufacturing will enable us to produce vehicles in smaller quantities, resulting in vehicles that are more relevant to your use case,” he explained. “And they will spawn swarms of vehicles that are perfectly suited to the tasks at hand.” “..

With a stake in Blyth, a Malaysian utility joins the offshore wind market