Students in the Netherlands have created a solar-powered mobile home 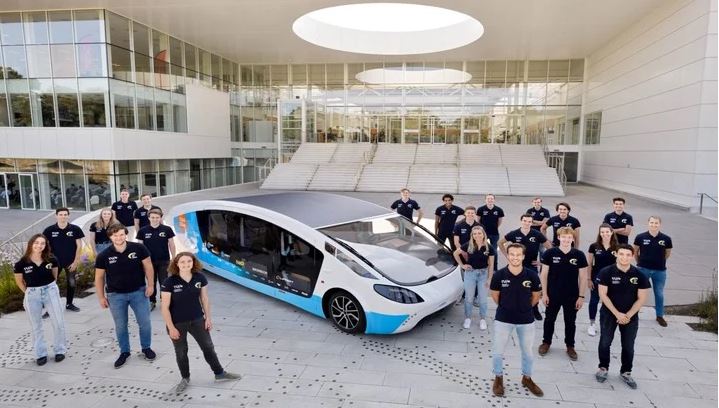 Using just the energy generated by its solar panels, the Solar Team Eindhoven has built a car that can go up to 730 kilometers on a single charge

Students in the Netherlands have constructed what they refer to as a “self-sustaining house on wheels.”

The vehicle, which has been named Stella Vita and is equipped with solar panels, provides enough energy to drive and charge all of the tasks associated with a typical day’s work.

This implies that its occupants will be able to wash, watch television, make coffee, and charge their gadgets using just the energy generated by the solar panels.

The solar surface of the vehicle may cover an area of up to 17.5 square metres when fully charged.

The research team behind the creation calculated that the home on wheels could go up to 730 miles on a bright day while conserving energy in an effective manner.

The students now want to use the innovative vehicle to travel from Eindhoven, the Netherlands, to the province of Valencia in southern Spain.

Kjell Revenberg, Team Manager of Solar Team Eindhoven, stated that the team’s goal is to “inspire as many people in Europe as possible for a sustainable future” while on the road.

Repsol aims to achieve a 20GW renewables program by 2030