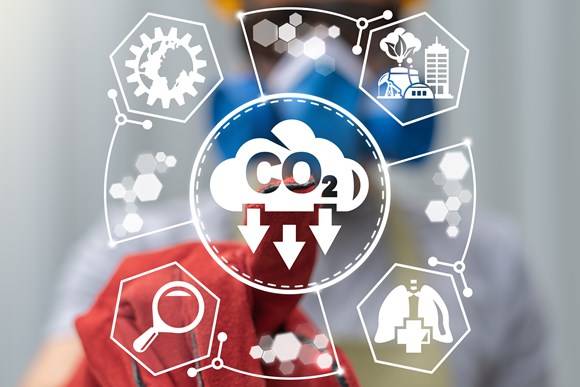 The UK Oil and Gas Authority (OGA) has granted Harbour Energy a carbon dioxide (CO2) appraisal and storage licence (CS licence), which was recently formed through a merger between Premier Oil and Chrysaor.

The license will cover a region off the coast of Immingham, North East Lincolnshire, in the Southern North Sea

Harbour Energy intends to repurpose the depleted Rotliegend gas fields Viking and Victor, which are located about 40 kilometers from the Lincolnshire coast, to store CO2 in deep geological formations c.9000 feet (2743 meters) below the seabed, as well as the Bunter Formation aquifer, which could provide additional options for increasing the project’s future storage capacity.

The V Net Zero development idea calls for transporting CO2 via a newly built pipeline from Immingham to Theddlethorpe, with the CO2 then being transported to the Viking Fields using the existing 120-kilometer LOGGS network. The first injection is scheduled during the fourth quarter of 2026.

The government’s 10 Point Plan aim for CCUS (carbon capture, use, and storage) is to attain 10 Mtpa by 2030. Initial injection rates are projected to grow to 3.6 million tonnes per year (Mtpa), which will climb to 11 Mtpa by 2030.

“An average automobile emits roughly 2.06 tonnes of CO2 per year; hence, eliminating 5.3 million cars off the road would need 11 Mt CO2e each year.” According to the OGA, there were 31.9 million licensed automobiles in the UK in 2019.

Harbour must demonstrate progress by meeting a number of milestones along the route, including reprocessing historical 3D seismic data, as part of the license.

According to the OGA, the overall project will demonstrate that carbon storage activity is ramping up in line with the expectations laid out in the Prime Minister’s Ten Point Plan and the Climate Change Committee’s Sixth Carbon Budget, and that the UK energy transition to net zero is gaining traction if it goes into operation.

“It’s critical that industry fulfills its objectives for lowering greenhouse gas emissions across all activities,” the OGA stated. “Harbour is required to comply with the OGA Strategy, which prioritizes net zero considerations.”

“The OGA’s decision to give Harbour Energy a carbon storage licence is fantastic news for the Humber and the V Net Zero Humber Cluster,” said Phil Kirk, President and Chief Executive Officer (Europe), Harbour Energy. It’s a significant achievement that comes at an exciting moment for the project, as we aim to reduce existing industrial emissions in the Humber area by more than half.”

“Between 2024 and 2030, the V Net Zero Humber Cluster will produce and support an average of 6,000 construction employment while also protecting over 20,000 area jobs.”

“We eagerly await the outcome of BEIS’ cluster sequencing competition and are prepared to meet the Government’s carbon sequestration objective in its entirety by 2030 by deploying the V Net Zero Humber Cluster.”

E-MOBILITY: A link between the worlds of new energy and mobility

How Can You Make Your Company More Energy Efficient?