According to a power company executive, Asia’s shift to renewable energy may be accelerated 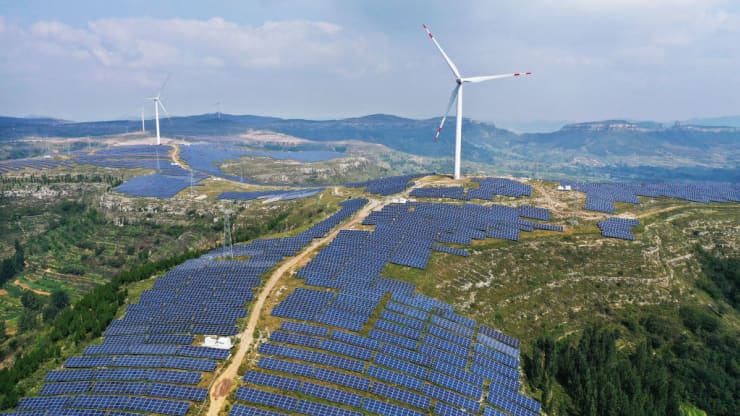 Home » According to a power company executive, Asia’s shift to renewable energy may be accelerated

According to a senior executive from Sembcorp Industries, a Singapore-based power and urban development business, Asia may accelerate its transition to renewable energy.

“Definitely in terms of speeding the shift, we could move quicker,” Eugene Cheng, the company’s group chief financial officer, said on Thursday from the climate conference Ecosperity Week to CNBC’s “Squawk Box Asia.”

Cheng was questioned if the world’s sluggish progress toward renewable energy and net-zero carbon emissions was due to rising gas costs in Europe and a continuing power shortage in China.

Renewable energy accounts for more than 20% of average energy generation in Asia, according to the executive, compared to more than 40% in Europe.

“So, I believe we need to accelerate the transformation, and that will require a collaboration between governments and the private sector,” he added.

On Wednesday, Sembcorp issued a “sustainability-linked bond” to raise $675 million in Singapore dollars ($496 million). The coupon rate on the 10.5-year bond is 2.66 percent, but it will be increased by 25 basis points if the firm fails to reach its carbon intensity reduction objective.

To reach the objective, Sembcorp plans to double its renewable energy generation capacity to 10 gigawatts by 2025, according to Cheng.

He said that the business is expanding its renewable energy projects throughout Asia, with an emphasis on solar and wind projects in China, India, and Southeast Asia.

With a stake in Blyth, a Malaysian utility joins the offshore wind market