RWE signs a deal to develop Thor on a concession basis 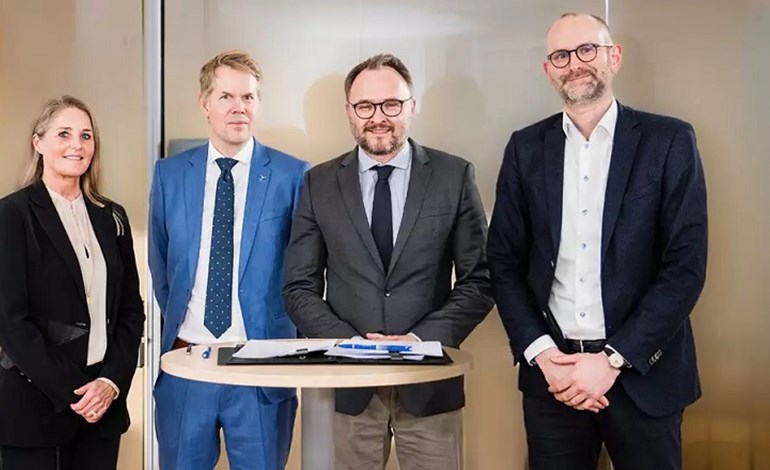 The Danish Energy Agency has granted the developer permission to build and operate a 1GW offshore wind farm.

The Danish Energy Agency (Energistyrelsen) has signed a concession deal with RWE for the rights to develop and manage the 1GW Thor offshore wind farm.

The Thor offshore wind farm will be built and operated over the next 30 years under the terms of the agreement.

Thor, Denmark’s largest offshore wind farm to date, will be constructed off the west coast of the country.

It is expected to be fully operational by 2027.

RWE signed the concession deal today in the presence of Dan Jorgensen, the Danish Minister of Climate, Energy, and Utilities.

“Denmark has hopes to install even more offshore wind power, not simply because of its favorable wind conditions.”

“We are excited to collaborate with the Danish government and other partners, and we will begin exploratory surveys in the coming months.”

“Through Thor, we now have two projects off the Danish coast, implying that we are contributing significantly to Denmark’s energy transformation.”

“We constructed Denmark’s first offshore wind farm 30 years ago because we had a vision and a confidence in the potential of offshore wind power,” Jrgensen (third from left) remarked.

“We can see today that additional deployment is motivated not only by political ambition, but also, to an altogether new degree, by powerful commercial factors.”

RWE is already participating in the Danish Rdsand 2 offshore wind farm, which is located 10 kilometers southeast of Rdbyhavn, south of the Danish island of Lolland.

In the fourth quarter of 2021, Vestas' operational profit drops by 70%

OMS International makes a foray into the Taiwanese offshore market