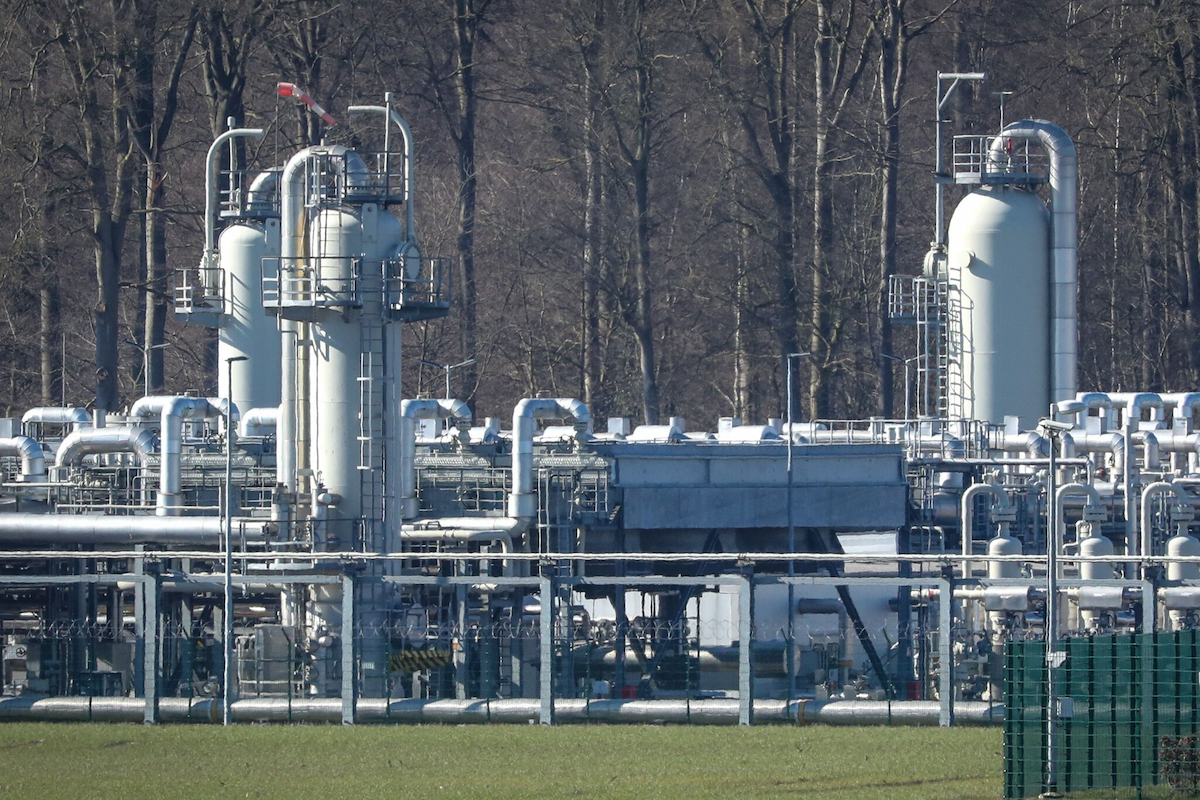 Germany raised the “alarm stage” of its crisis gas plan on Thursday in response to declining Russian supplies, but refrained from enabling utilities to pass on rising energy bills to consumers in Europe’s biggest economy.

The action is the most recent escalation in a confrontation between Europe and Moscow since the crisis between Russia and Ukraine, which has shown the bloc’s reliance on Russian gas supplies and prompted a desperate quest for alternate energy sources.

The decision is mostly symbolic, signaling to businesses and individuals that tough budget cutbacks are imminent. However, this is a significant change for Germany, which has maintained close energy relations with Moscow since the Cold War.

This week, decreased gas deliveries prompted worries that Germany may enter a recession if Russian supplies ceased entirely. The flash Purchasing Managers’ Index released by S&P Global on Thursday indicated that the economy lost pace in the second quarter. German Economy Minister Robert Habeck stated in a statement that “we cannot mistake ourselves: The limitation in gas supply is an economic attack by Russian President Vladimir Putin.” He added that Germans must reduce their consumption. Gas restriction should ideally be avoided, but it cannot be completely ruled out, according to Habeck.

“Gasoline is currently a rare commodity in Germany… We are consequently required to limit our gas use now, in the summertime.”

Russia has denied the decreases in gas supplies were intentional, with state provider Gazprom blaming a delay in the return of repaired equipment due to Western sanctions. Russia is a dependable energy provider and “strictly fulfills all its duties” to Europe, the Kremlin said on Thursday.

In accordance with Phase 2 of its plan, Berlin will give a credit line of 15 billion euros ($15.76 billion) to fill gas storage facilities and will introduce a gas auction model this summer to encourage industrial customers to save gas. When there is a significant likelihood of long-term supply shortages, the government triggers the second “alarm stage” of a three-stage emergency plan. It has a provision that permits utilities to instantly pass on price increases to industry and families, so helping to reduce demand. Habeck said that Germany was not at this stage, but the provision may be activated if prices continued to rise as a result of the supply pressure, so increasing the losses of power firms.

“Every day and every week, you incur a loss. And if this negative grows so large that enterprises can no longer withstand it and they collapse, the whole market is at risk of collapsing – a Lehman Brothers impact in the energy sector.”

Since Gazprom reduced flows over the Nord Stream 1 pipeline across the Baltic Sea to barely 40 percent of capacity last week, speculation has surrounded the next step. Faced with diminishing supplies from its primary source, Russia, Germany has been in Phase 1 of its emergency plan since late March. This phase involves greater monitoring of daily flows and an emphasis on filling gas storage facilities. German energy company E.ON said, “The announcement of the alert stage does not instantly alter the basic status quo.” Nevertheless, it was essential that the government prepare for a major decline in imports and take actions to stabilize markets and gas supplies.

In the second stage, the market is still able to function without governmental involvement, which would be necessary in the third and final emergency stage.

Ole Hansen, head of commodities strategy at Saxo Bank, said that if the recent decline in gas deliveries to Germany through the Nord Stream1 pipeline continues at present levels, gas shortages would occur this winter.

On Thursday, European benchmark wholesale gas prices in the Netherlands increased by as much as 8 percent. The president of the International Energy Agency (IEA) said on Wednesday that Russia may shut off all gas to Europe in order to increase its political influence, and that Europe should prepare for this possibility immediately. Thursday saw constant gas imports from Russia to Europe through Nord Stream 1 and Ukraine, while reverse flows on the Yamal pipeline increased somewhat.

Several European nations have proposed strategies to survive a supply crunch and prevent winter energy shortages and an inflationary surge, which may test the continent’s commitment to sustain sanctions against Russia.

As German industries react to the risk of running out of Russian gas, the supply restrictions have also prompted them to face harsh output cuts and the use of hitherto inconceivable toxic energy sources. Wednesday, the European Union signaled that it might temporarily resort to coal to make up for energy shortages, calling Moscow’s gas supply curbs “rogue measures.”

Frans Timmermans, the EU’s head of climate policy, said on Thursday that ten of the bloc’s 27 member states had issued an “early warning” on gas supplies, the first and least severe of three crisis levels established in EU energy security legislation.

“The possibility of a complete gas outage is now greater than ever,” he added.

Once again, these recent events and crises have proven that now more than ever we need to find a better solution, that solution being obviously renewable energy sources such as solar, wind, and hydrogen. However, if Europe really hopes to reduce its reliance on Russia and fossil fuels in general, renewable energies such as solar, wind, and renewable hydrogen won’t be enough at all. As amazing and promising as they are, it is hard to have faith in them due to their countless drawbacks and downsides.

Even though solar, wind, and hydrogen energy are all free sources of energy in and of themselves, the cost of collecting, processing, and storing the energy may be rather significant in the beginning. During the process of installation and initial setup, you will be required to pay for various components, such as solar panels, wind turbines, electrolyzers, inverters, batteries, and wiring. Furthermore, they take up a significant amount of space, and the process by which they generate electricity is profoundly influenced by the elements of the surrounding environment.

Thankfully, an alternative energy source already exists; a new player that has already conquered all of the obstacles that other renewable energy sources are presented with; a pure energy source that will change the course of human evolution. No more time can be wasted on either the health of future generations or the preservation of our natural resources and environment. It is time to put into practice the most current findings in scientific research! Neutrinovoltaic technology presents opportunities in the field of energy generation that were not before conceivable. It’s one of the most promising methods to create electricity that’s both environmentally friendly and efficient.

In terms of efficiency and dependability, neutrinovoltaics do not face the same obstacles as renewable energy sources. Neutrinos, for instance, are capable of traveling through virtually every known substance, meaning neutrinovoltaic cells do not require sunlight to function. They are suitable for use indoors, outdoors, and even underwater. Due to the ease with which neutrinovoltaic cells can be shielded while still generating electricity, this technology is unaffected by snow and other types of inclement weather, allowing them to generate power around the clock, 365 days a year, regardless of where they are located on the planet.

Thanks to the work of the Neutrino Energy Group and its amazing Neutrinovoltaic Technology, mankind now has a long-awaited and dependable answer to the present energy issue. More significant improvements will occur as a result of their efforts, and perhaps others will follow in their footsteps, and we will live in a better and more ecologically friendly world in the years to come.

Due to legislation, Germany's wind power acceleration law might be delayed