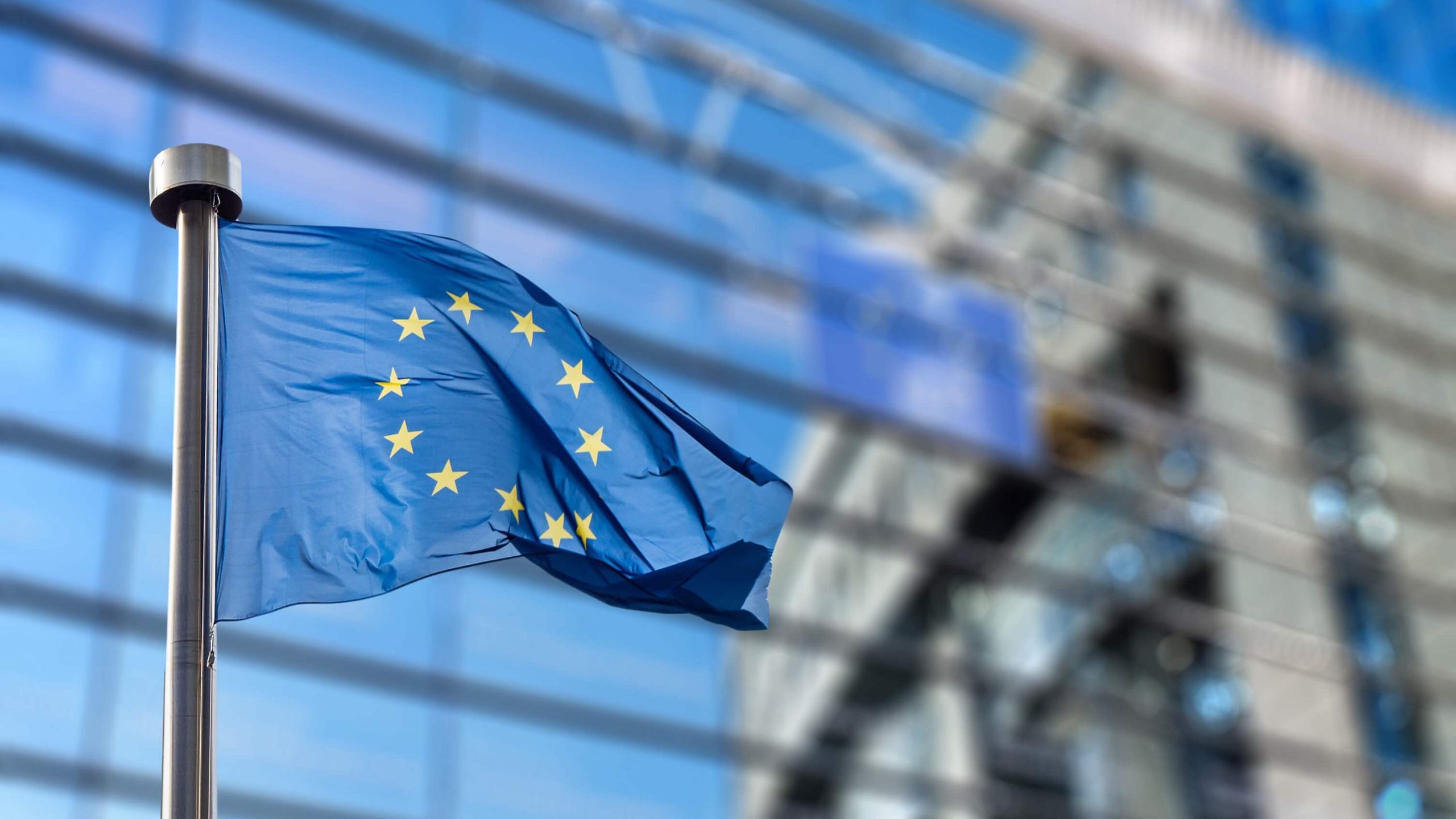 The European Union reached an agreement this week to deal with a gas supply issue, but for it to be effective, member states must develop bilateral pacts to exchange gas, and the majority of them do not currently have such an arrangement in place.

Only six such agreements have been reached, leaving the majority of the EU’s 27 member states without specific rules on how and when they would share gas in the event of a supply shortage, or the monetary compensation they would provide or get in exchange.

Christian Egenhofer, associate senior research fellow at the Centre for European Policy Studies, stated, “(Bilateral treaties) are basically… the only thing that will ultimately hold if there is a serious supply crisis.”

“They organize the legal, budgetary, and infrastructure limits,” he explained.

Fearing that Russia may entirely cease gas exports, EU countries decided on Tuesday to reduce their gas use by 15 percent this winter in order to stockpile fuel and make it available for distribution in the event of a supply crisis. However, it is up to individual nations to determine how fuel will be shared in practice.

EU regulations require member states to ship gas to a neighboring state whose households or critical services, such as hospitals, are experiencing a severe gas shortage. To do this, states negotiate bilateral agreements. However, only eight nations are currently covered by the six agreements, including Germany and Austria, Estonia and Latvia, and Italy and Slovenia.

Last month, EU energy policy leader Kadri Simson stated, “This is insufficient” and urged countries to make additional arrangements. A few nations are negotiating new bilateral accords, according to government sources. A German-Czech agreement is expected to be signed by winter, and Germany is also negotiating with Poland and Italy, according to its economy minister.

However, some nations that strongly rely on Russian gas do not have any, such landlocked Hungary, which opposes the deal that was reached this week. After the economic powerhouse of Germany, Italy and France are the largest consumers of gas in the European Union. Italy has only one bilateral agreement in place for the sharing of emergency gas, while France has none.

A top Italian official stated that the country was negotiating a gas storage agreement with Greece. The French energy ministry stated that no bilateral agreements were currently in existence. The solidarity agreements aim to prevent a panicky response in the event of a supply crisis and lessen the likelihood that countries will hoard fuel and refuse to assist their neighbors.

Simone Tagliapietra, a senior economist at the Bruegel think tank, proposed that the EU create a compensation plan in which countries pay other members to conserve and share gas. “Without such a compensation structure, it will be difficult to assure solidarity,” he said, adding that the largest economy in Europe, Germany, which is largely reliant on Russian gas, should contribute first. Without stricter rules on gas sharing, “we may not see the current level of unity on paper translated into molecules moving throughout Europe,” Tagliapietra said.

The concept of compensation may appeal to states such as Greece and Spain, who first resisted being encouraged by Brussels to use less gas in order to assist nations that have for years fostered stronger energy connections with Moscow. Spain does not rely on Russian gas, and EU diplomats stated that several capitals still resent Germany’s harsh criticisms of the economic policies of southern states during previous financial crises. Spanish Energy Minister Teresa Ribera shifted her tone after EU members agreed to the gas limitations on Tuesday and said that she was willing “for the interest of all” to expand Spanish liquefied natural gas import capacity.

The German Minister of the Economy, Robert Habeck, has also pledged, “in the spirit of European solidarity,” to maintain the flow of gas to Germany’s neighboring countries, including Austria and the Czech Republic. Germany has been the most active nation in pursuing solidarity agreements with its neighbors to date. In addition to being Europe’s largest gas user, Germany’s pipelines transport gas to numerous central and eastern regions. However, some are unwilling to cooperate. This month, Hungary announced that it would cease exporting fuels to other countries. Poland has also expressed skepticism on the pooling of supplies.

Tuesday’s EU-wide agreement was agreed by all 27 countries with the exception of Hungary, which initially opposed EU oil sanctions against Russia. The agreement established voluntary gas consumption restrictions that, in the event of a supply crisis, can be rendered obligatory. However, it featured a plethora of exemptions and derogations for nations and industries, which, according to some analysts, would necessitate stricter restrictions and interstate cooperation in order to assure supply if Russia were to halt exports.

One EU ambassador stated that it was ultimately in the countries’ best interests to assist one another, as an economic crisis or a gas shortage in one country – especially Germany – would have repercussions throughout the bloc.

“If Germany falls, we will all fall with Germany,” added the ambassador.

The shortage of the gas is having a ripple effect throughout the economy of the entire world, and it poses a risk of both recession and an additional wave of inflation. But thankfully, ther is still hope, because the time and effort that has been put in renewable energy sources by a huge number of highly driven and creative energy specialists and scientists from all over the world in order to make the renewable energy future a reality will not go unrecognized.

The Future is Renewable Energy

In general, more and more people all around the world are turning to renewable sources of energy every single year. It is quite possible that by the middle of this century, they will have taken the lead as the most common type of energy. If you are still not persuaded that renewables offer more benefits than fossil fuels, allow us to present you to the most important scientific breakthrough that has occurred in the world of renewable energy sources.

Even though the sun and the wind are all free sources of energy in and of themselves, the cost of collecting, processing, and storing the energy may be rather significant in the beginning. During the process of installation and initial setup, you will be required to pay for various components, such as solar panels, wind turbines, inverters, batteries, and wiring. Furthermore, they take up a significant amount of space, and the process by which they generate electricity is profoundly influenced by the elements of the surrounding environment. and that is where Neutrino Energy comes into play.

Though scientists have long dismissed the idea that neutrinos and other kinds of non-visible radiations could serve as an energy source, the 2015 discovery of the mass of the neutrino convinced some in the field of science and industry that neutrino energy is possible. People like those working at The Neutrino Energy Group, who have been putting in a lot of effort to improve their neutrinovoltaic technology in order to support the energy that is now provided by wind farms, solar arrays, and other sustainable energy projects. a one-of-a-kind supply of energy that, in the years to come, will fundamentally alter the way in which we think about renewable sources of power.

And here is another cool fact about neutrino energy: it’s an energy source that doesn’t require energy storage systems. Neutrinovoltaic technology offers the potential to alleviate the burden of renewable energy sources that rely on storage, even on a small scale. Even if neutrino energy satisfies just 10 percent of a renewable power grid’s entire energy demands, it still eliminates the need to store 10 percent of that system’s electricity in batteries.

Decentralization is the essence of neutronovoltaic technology’s attractiveness. While power from fossil fuels can only be produced in metropolitan areas and most households lack solar panels or wind turbines, neutrinovoltaic devices are tiny enough to be integrated directly into mobile phones, appliances, automobiles, and other energy-consuming equipment, therefore making it unnecessary to store or squander power by transporting it across the city.