David Willetts: Improving the energy efficiency of low-income people’s houses would help them save money 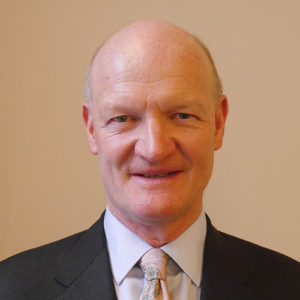 Home » David Willetts: Improving the energy efficiency of low-income people’s houses would help them save money

The Resolution Foundation’s President is Lord Willetts. He formerly served as the Minister of Universities and Science.

The Conservative Party Conference appears to be a long way off. Boris Johnson was riding high, and Keir Starmer appeared to be the most vulnerable of the leaders. Many Tory MPs and campaigners believed the upcoming general election was a foregone conclusion. Due to a dearth of long-distance lorry drivers, the Prime Minister was able to spin a story about increased salaries raising living standards.

Everything appears to be different now. At Number Ten, it’s not all about partying. Many Conservative MPs are concerned about the impending cost of living problem, which is being fueled by stagnant real earnings and rising energy bills and taxes.

Wages rose for a brief period over the summer, giving us hope that we were finally moving toward a high-skill, high-pay economy. However, salary growth is presently slowing while costs are rapidly rising. The gap between high inflation and poor wage growth was at its worst during the spring of 2021, and it will most likely stay so throughout 2022.

In April, energy prices are anticipated to climb by at least £600 on average, with little relief in sight for at least a year or two. Less wealthy households will be struck most heavily, as they spend three times as much on energy as wealthier ones.

The commencement of the four-year freeze in tax thresholds, as well as the additional 1.25 percent National Insurance Levy for health and social care, will result in another £600 charge for households in April.

This comes up to a £1,200 impact for households with no rise in real income to help pay for it: even a 6.6 percent increase in the minimum wage may not be enough to keep up with inflation.

This is what we at Resolution Foundation see as an impending problem for millions of families’ living conditions. They could be ready to overlook news about Downing Street parties if they believe the government is doing anything for them. However, if they are already trying to make ends meet, they will be even more irritated if it appears that there is one law for the wealthy and another for the rest of us.

Is there anything that can be done to assist? Although the increases in energy prices and taxes appear to be almost equal, there is a significant difference when you go beyond the averages. Affluent families will bear the brunt of the tax hikes, while low-income families will bear the brunt of the energy price increases. As a result, lowering energy costs should be a top focus.

There is already some assistance available. Warm Homes Discount of £140 on energy costs was implemented by the Coalition for some elderly and low-income households. Because the expense is paid by higher energy bills rather than government spending, it may be the type of benefit boost that the Treasury prefers.

Cutting the 5% VAT on energy bills would save the typical household £60 per year, but it would benefit the wealthier families the most: they have higher bills despite energy accounting for a considerably smaller percentage of their overall spending.

We have made a mess of assisting low-income households in using energy more effectively, which is why their energy costs are so high. Better insulation of walls and lofts may save £250 per year in energy costs on its own, and is critical to eradicating fuel poverty and meeting our net zero objectives.

Poor individuals began to live in more energy-efficient dwellings than more affluent households when governmental programs to assist support such activities became available. However, they now live in less energy-efficient homes that are more expensive to heat. We used to insulate a million lofts in a year, but that number has dropped to 25,000. It’s the same thing when it comes to wall insulation.

More low-income families reside in the private leased sector, where the incentives are all incorrect since the landlord bears the expenditures and the renter bears the savings. It’s one of the reasons why low-income families have the least efficient boilers, causing their energy costs to skyrocket.

As a result, an immediate effort to increase the energy efficiency of the dwellings in which the poor reside would make sense. It would put us back on track to reduce carbon emissions, assist the poorest people, and generate excellent employment in difficult locations. It would make for a helpful and appealing bundle when combined with a rise to the Warm Homes Discount.

With a new phase of the Energy Company Obligation slated to begin in April, we already have the foundation to do this. It’s time to crank it up a notch.

Many Conservatives would also like to see the national insurance hike repealed. However, it generates around £14 billion each year, and few argue that we should cut it off from the NHS. As a result, we would have to borrow the funds. Tories used to criticize Labour for simply borrowing money to fund existing expenditures.

Furthermore, the fundamental issue persists. The Treasury expects real wages to grow by 2.4 percent during the 16 years from 2008 to 2024 — not per year, but over the full time. In comparison, real salaries climbed by 36% over the previous 16 years, starting in 1992.

The shocking reduction is due to a significant drop in underlying economic performance. From the beginning of the Thatcher revolution in 1979 to the financial crisis of 2008, we had a 30-year period in which we were catching up to our primary rivals. Our productivity was outpacing theirs, as was our GDP per capita. As a flexible contemporary economy, we were drawing company investment from all around the world.

Since then, we have consistently underperformed our primary competitors. Because of our focus on financial services, we were particularly vulnerable to the financial crisis. Our Thatcherite policy of luring international company investment to Britain as a platform for selling into the European Single Market no longer works, and business investment is at an all-time low. With job mobility dwindling, our labor market no longer appears to be as adaptable. These are the true factors that influence living standards. To get them to rise again, we’ll need a tough economic approach similar to the one we devised after 1979.

'It seems like I'm sleeping outside,' says the energy bill