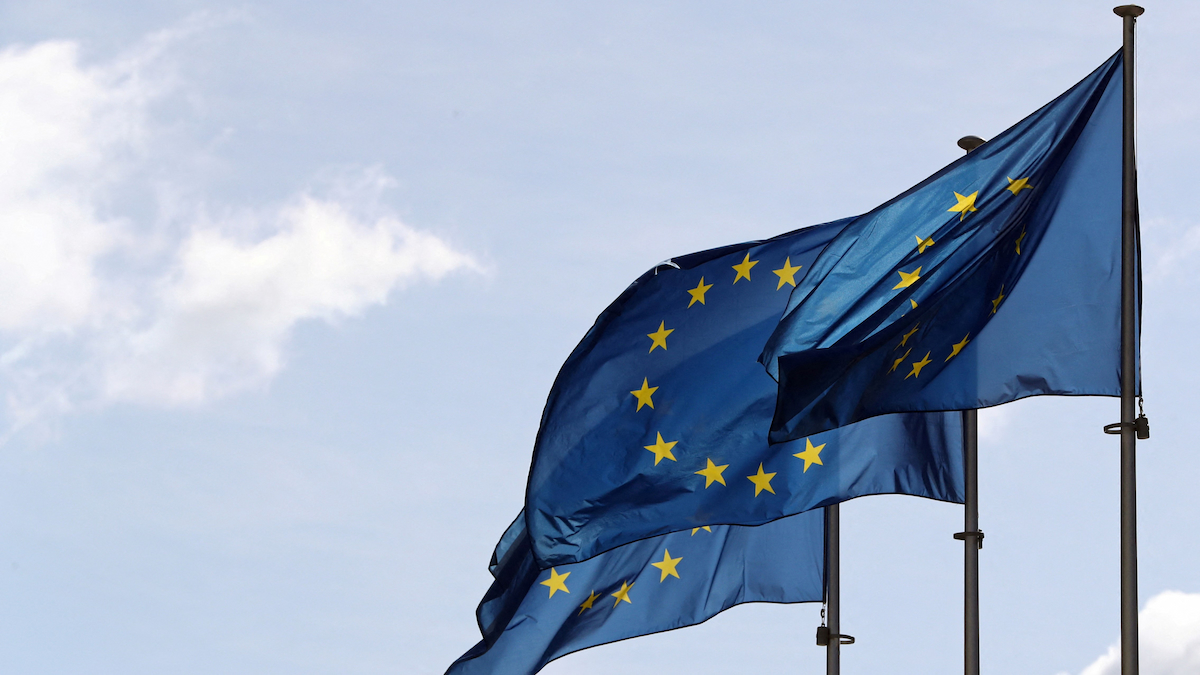 The chief executive officers of Fluence, Gore Street, Gresham House, and six other companies have issued an open letter urging European policymakers to establish suitable goals and policy frameworks for the adoption of energy storage.

The co-signatories praised the REPowerEU plan’s high renewable energy goals and acknowledgement of the importance of energy storage in ensuring a sustainable and dependable electricity supply.

“At the same time, we believe that Europe requires a rapid rollout of proven and scalable technology to boost grid flexibility and enable the safe and efficient integration of renewable generation if the increased near-term deployment of renewable energy sources is to be successful,” they stated.

Nine CEOs from different European companies in the industry signed the letter. Fluence, a global systems integrator, Gore Street Capital, Gresham House, MW Storage, a developer of storage projects, and Zenob Energy, a provider of renewable energy and transportation solutions, are all members of this group.

Alongside them are the energy storage trade associations AEPIBAL (Spain), BVES (Germany), and Energy Storage Ireland, as well as the Fraunhofer Institute for Solar Energy Systems and the Karlsruhe Institute of Technology, both of which are German research institutions.

The letter complained that high-emission natural gas-based power was still being used despite the availability of “this fully prepared and cost-effective technology,” and that “Europe-wide measures that would strategically scale up energy storage projects have yet to be established and codified into law.”

They suggested that grid connections for batteries, a significant barrier to deployments currently, should be prioritized over other technologies. Additionally, flexible grid connection agreements should be implemented in crowded regions. This week, Energy-Storage.news covered a similar situation in the Netherlands.

The letter also stated that other technologies, including as demand side response, optimizing pumped hydro and other storage technologies, and leveraging connectivity between countries, are essential to the continent’s energy transition. The European Association for the Storage of Energy (EASE) recently stated that 600GW of energy storage will be required by 2050 for the continent to meet its renewable energy ambitions. But is there really a need for storing energy?

Even though it’s hard to persuade most people, there is an incredible, new, one-of-a-kind renewable energy source out there that is unlike anything that has come before. It’s completely green and energy-efficient, and it could easily help us become less dependent on fossil fuels. as if all this isn’t impressive enough, it is an energy source that doesn’t need to be stored.

If there were no need to store renewable energy, there would be no need to depend on costly and inefficient battery technology. The science underlying batteries is rapidly evolving, and there may come a day in human history when storing an infinite quantity of power will seem like child’s play. In the meanwhile, a 2015 discovery propels mankind toward a future in which the use of fossil fuels will no longer be essential. Despite the fact that scientists in Japan and Canada independently discovered that neutrinos had mass a few years ago, the landscape of energy research has already been changed.

Even though it may seem like something from a science fiction book, the technology required to collect kinetic energy in the form of neutrinos and other kinds of non-visible radiations and convert it to electricity has already been established. Under controlled laboratory circumstances, the concept’s viability has been shown; the only remaining difficulty is to produce the amazing neutrinovoltaic technology developed by the renowned Neutrino Energy Group suitable for general use. Since the bombardment of Earth by neutrinos is continuous, it is not necessary to store the energy produced by neutrinos and other kinds of non-visible radiations. While the quantity of electrical energy collected from neutrinos and other non-visible radiations remains limited, the power of neutrinovoltaic technology is increasing at the same rate as the energy-efficiency of electronic gadgets, mobile phones, and even huge machines.

Neutrinovoltaic is the foundation stone of the energy shift

Even on a small scale, neutrinovoltaic technology has the potential to relieve the burden of storage-dependent renewable energy sources. In the case of a renewable power grid, even if neutrino energy only meets 10% of total energy needs, it still implies that 10% of that system’s electricity will not need to be stored in batteries.

The basic beauty of neutrinovoltaic technology is decentralization. While fossil-fuel-generated electricity can only be generated in urban areas, and most homes lack solar panels or wind farms, neutrinovoltaic devices are small enough to be put directly into mobile phones, appliances, cars, and other energy-consuming equipment. There is no need to waste electricity by sending it across town using neutrino energy.

Neutrino energy can be generated continually even when the sun is not shining and the wind is not blowing. Because neutrinos pass through almost any artificial or natural substance with low resistance, neutrinovoltaic devices may be deployed inside, outdoors, and even underwater, making them very adaptable. Neutrinos continue to travel to Earth regardless of climate, making neutrinovoltaic technology humanity’s first totally sustainable energy breakthrough.

However, the energy sector is not the only one to benefit from the boundless potential of neutrinos; the electro-mobility industry also enjoys substantial advantages. While the majority of electric car users still draw power from an electrical socket, anything powered by neutrinovltaic technology draws energy from the environment. Since the internal combustion engine was not designed for this type of energy, no one has been interested in it until now. However, for an electric vehicle, ambient energy is like a constant fuel pump, an endless cosmic ray surge from the sun, light, neutrinos, and other invisible radiation.

The CAR PI project is a resounding success thanks to the respected Neutrino Energy Group in Berlin, Germany. The company is working hard on developing, constructing, and manufacturing the Car Pi into a one-of-a-kind car that draws its energy simply from the environment—completely independent of the “dishonest” electricity that comes from the combustion of fossil fuels. Making this invention one of the most ambitious tasks ever undertaken by mankind, and it is getting closer to becoming a reality.

This extraordinary vehicle generates its own energy by harnessing neutrinos and other non-visible radiations, making it the world’s first automobile that does not require recharging at a regular charging station, instead pulling what it needs to perpetually circulate, whether in motion or not. Depending on the circumstances, simply leaving the vehicle outside for one hour can provide up to 100 kilometers of range.

Electric cars are not the only ones that will benefit thanks to neutrinos and other non-visible radiations. After the success of the Car PI project, the neutrino energy group will move on to the Nautic Pi project as their next step. For the purpose of adapting the technology to electric yachts and boats, more than one thousand engineers will be hired, and more than one billion dollars will be invested. This will make it possible for these vessels to sail the oceans without using even a single drop of fossil fuel, nor will they be required to store energy in batteries.

Neutrino Energy Group, which was formed by Holger Thorsten Schubart, a pioneering mathematician and energy scientist, has put itself at the forefront of the creation of tomorrow’s clean energy solutions. It started out as a partnership between firms in the United States and Germany, but it has since expanded into a much bigger organization that now comprises participants from all around the globe, including both businesses and scientists. This extraordinary partnership has crossed national borders in its pursuit of energy solutions for the benefit of all people on earth.

Neutrino Energy is the true energy of the future, owing to the work of the Neutrino Energy Group and its remarkable neutrinovoltaic technology. Humanity now possesses a reliable and long-awaited solution to the present energy dilemma. We will hopefully live in a better and more ecologically friendly world in the years to come as a result of their efforts and the efforts of others who will hopefully follow in their footsteps.